OpenXR is an Application Programming Interface (API) defining a set of data structures and functions to present the many features of a VR platform to an application or game. This includes retrieving the capabilities of the VR headset, the properties needed to perform 3D stereoscopic rendering from the user’s head position, how to send the rendered scene to the headset, how to retrieve VR controller input, and more…

The OpenXR runtime is the software that an application or game interacts with and that must behave in compliance with the OpenXR API specification (meaning all vendors supporting their VR platform must implement this common behavior). The OpenXR runtime in turn interfaces with the operating system VR compositor and low-level device drivers, which are typically designed for each brand or model of VR platform with their own unique behaviors and special features.

The OpenXR specification defines support for “API Layers”, which allows developers to insert custom code between the application and the OpenXR runtime. For example, an application must call a specific API to submit its rendered image to the VR headset. An API layer (software) can be inserted to intercept this API call, perform its own processing on the rendered image, before forwarding the call to the OpenXR runtime.

The OpenXR Toolkit is an OpenXR API layer.

In order to perform NIS upscaling on the scene rendered by an application or game, we can use an API layer to intercept the necessay calls. 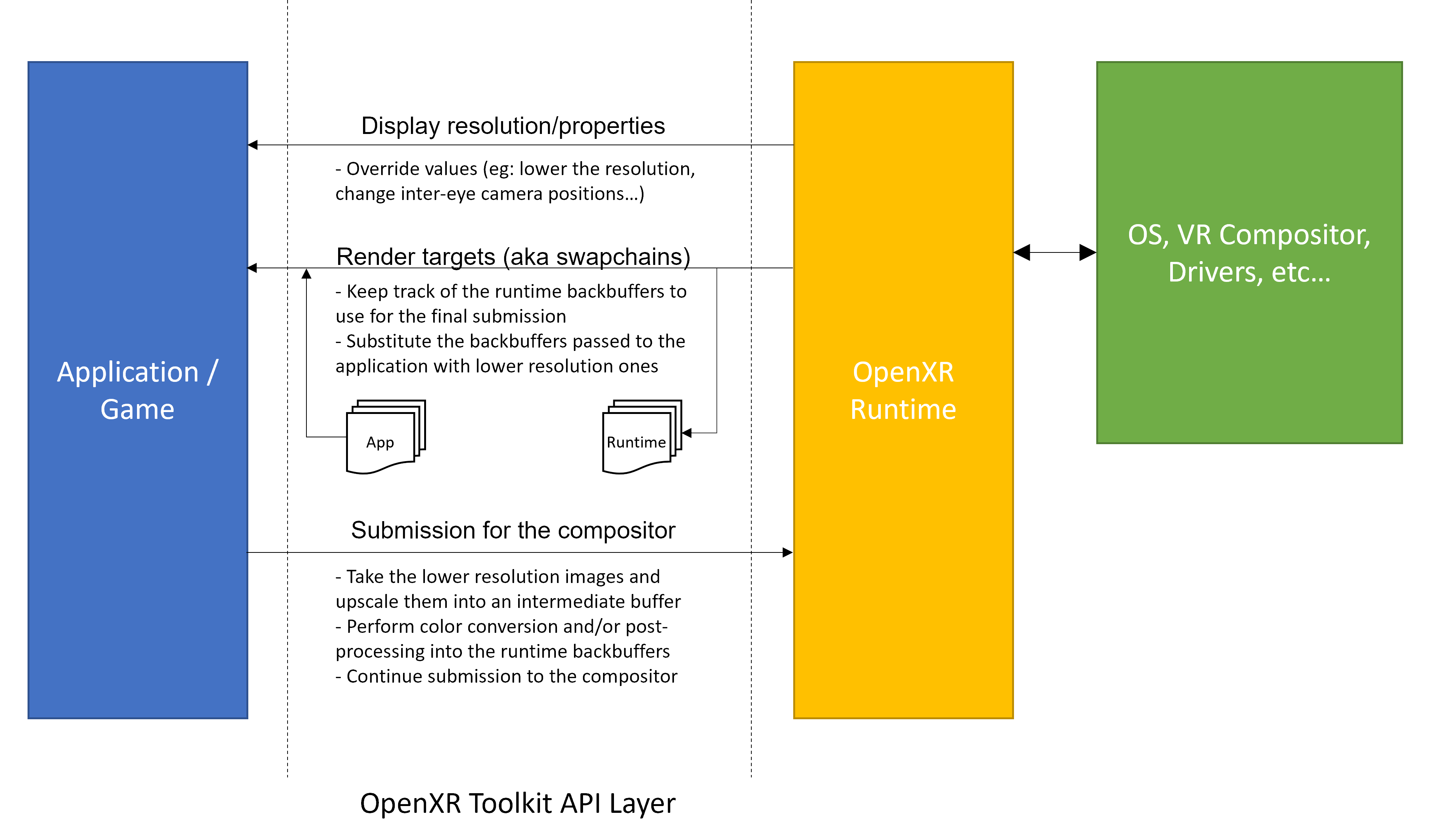 Simulating inputs (for the Hand-to-Controller feature)

The VR controller inputs are specified in the OpenXR API as a specific set of data structures and operations. These are able to represent and report the position and orientation of the controller in 3D space, along with the state of the triggers and buttons.

The hand tracking inputs are specified in the OpenXR API using a different set of data structures and operations, something called the XR_EXT_hand_tracking extension. This is because representing hand interactions is more complex than for a VR controller. See more details here.

These two APIs are not compatible. An application that is written to support VR controllers will not automatically support hand tracking and vice-versa.

Certain vendors, such as Ultraleap, have developed their own OpenXR API layer to offer the XR_EXT_hand_tracking extension for hand tracking with their products. However, this support only works with application that are designed with hand tracking support. For applications that only support the VR controller input APIs, the Ultraleap support will not help.

Enters the OpenXR Toolkit. The toolkit’s API layer sits between the application and the Ultraleap API layer, performing translation of the XR_EXT_hand_tracking APIs into VR controller inputs. Technically, the OpenXR runtime is not involved in this process. 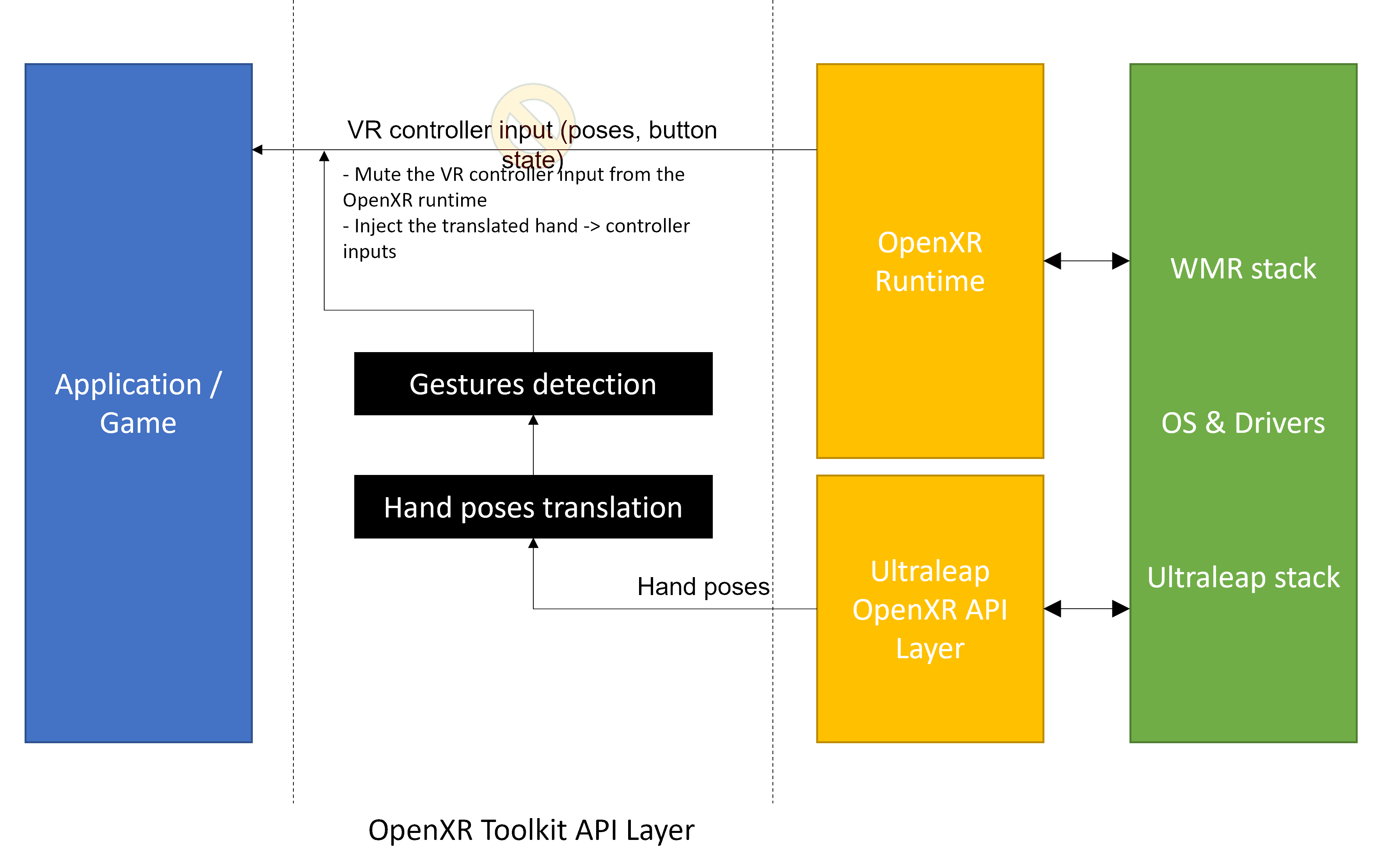